Accueil The garden Landscapes through the garden The Californian Garden 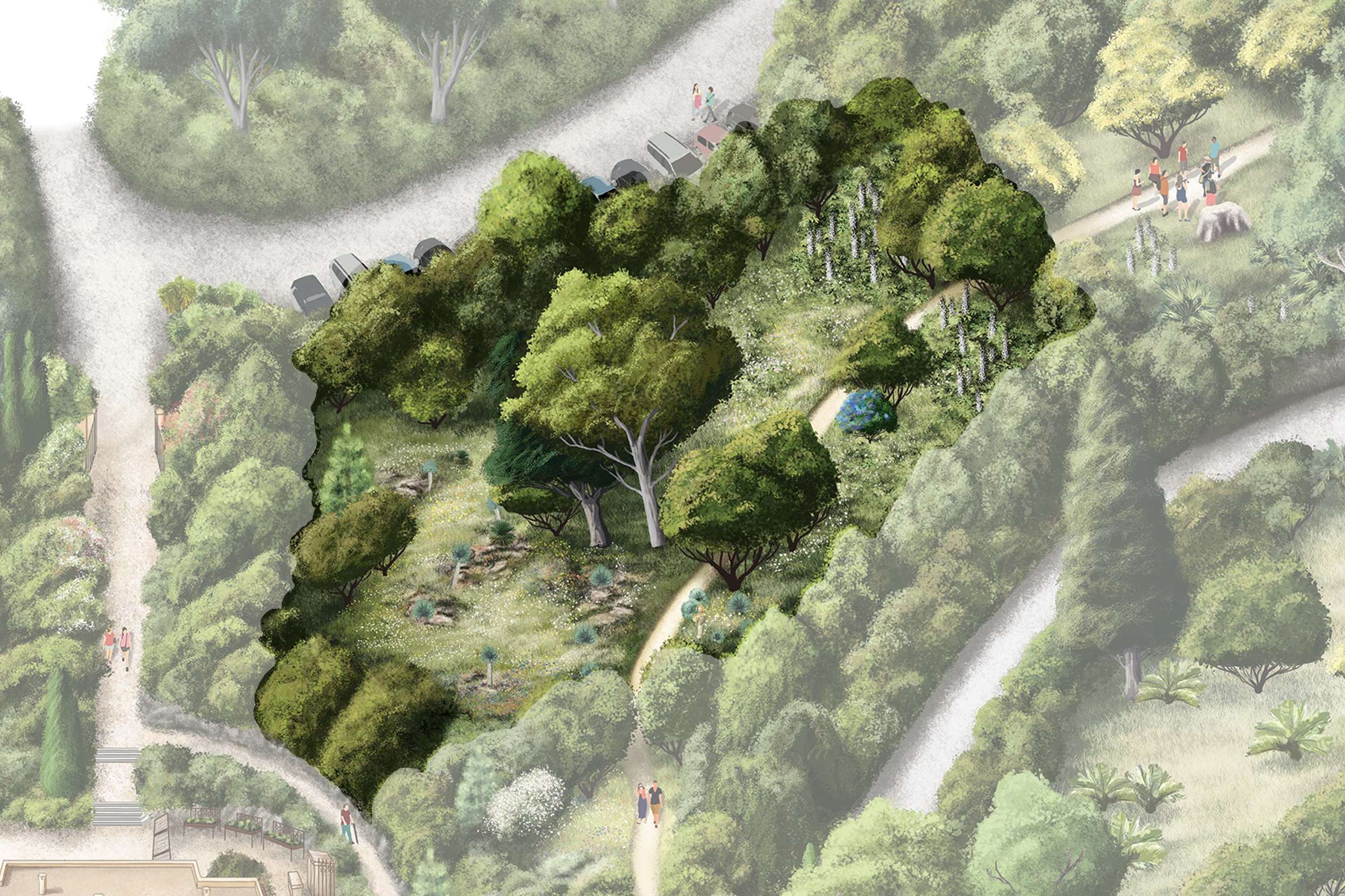 n the Californian Garden there is a landscape of California maquis, more commonly known as the Chaparral. This landscape is a type of vegetation which is exposed to extreme aridity and fires. The Chaparral is populated with shrubs, such as Heteromeles, Leucophyllum, Prunus ilicifolia, and Ceanothus. Here we also find trees that are xerophilic (adapted to drought) such as the Coulter pine and the Monterey cypress.

Flora very similar to that found in the Mediterranean area

01. The Californian Garden in spring

02. The Californian Garden in Autumn with the blossoming of the arbutus

A large number of vicarious species, i.e. plants that are very similar to plants native to the Mediterranean maquis, also make up this landscape.
Indeed, the flora of the Californian Garden has a lot in common with that of the Mediterranean area. Both are descendants of flora common to both America and Eurasia. It predates the separation of the American and European tectonic plates some 60 million years ago.

A landscape made up of diverse formations

As the rainfall diminishes, we find other, drier, more arid types of vegetation: the Mohave Desert and the Sonora Desert. Hesperaloe, yuccas, cacti, cereus, opuntias and ocotillos dominate here.

03. The Californian Garden, the Chaparral