Accueil The garden Landscapes through the garden The Subtropical American Garden 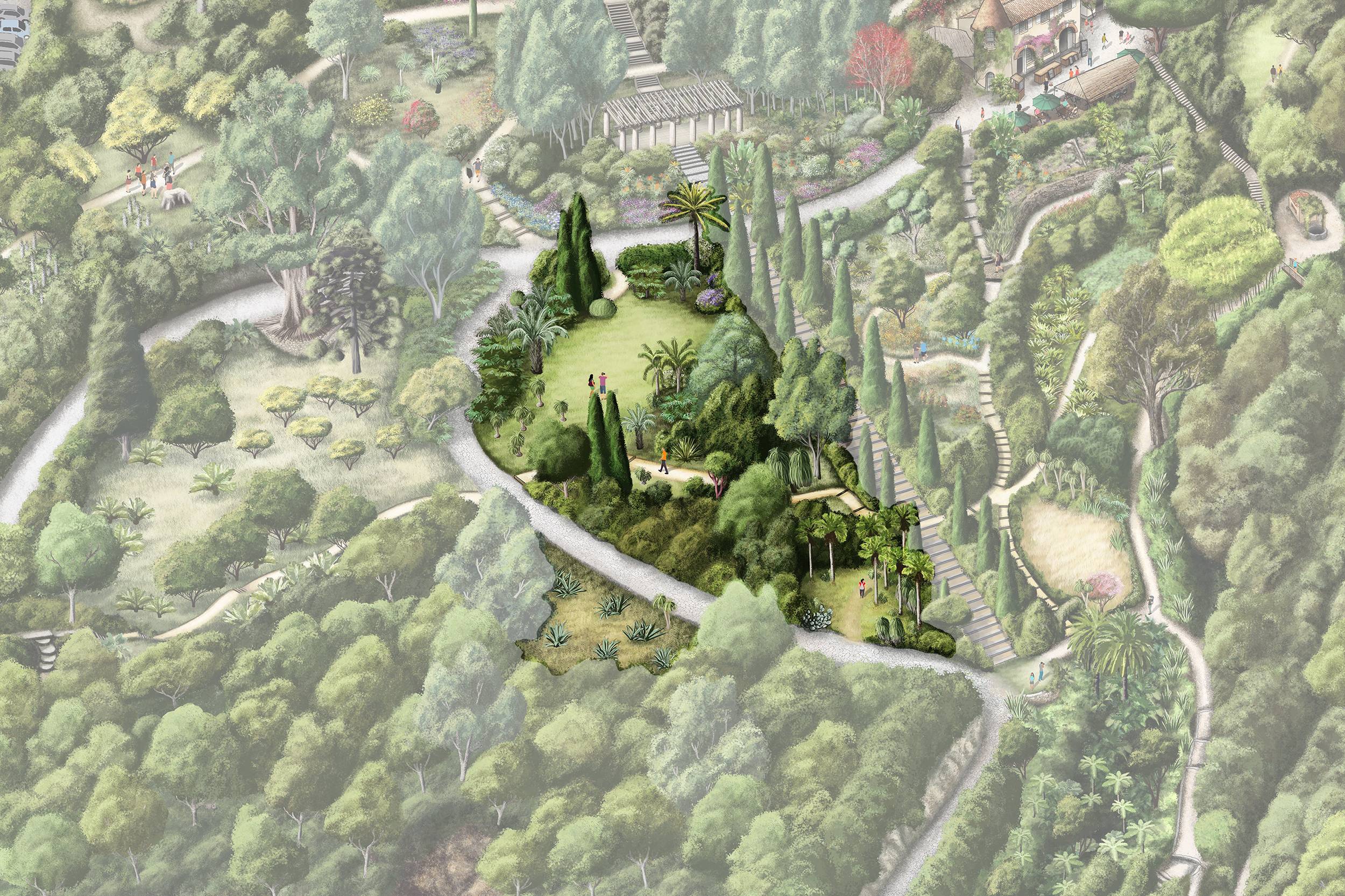 he Jardin des Méditerranées ‘plays host’ to the tropical vegetation of the Americas by creating a landscape which combines plants from two regions on either side of the equator:

It is a well-watered garden, and is the only area of the Domaine du Rayol where grass stays green and shrubs flower in summer.

Blooms all year round

In the Argentinian area there are abutilons, cockscomb coral trees with their unusual blood red flowers, the Tipuana tipu, a tree with magnificent yellow flowers that blossom at the beginning of summer, the Chorysia bottle tree with its pink, fragrant flowers, the Butia apricot palm with edible fruits and the Syagrus feathery palm tree.
In the Mexican area there are plants from the rainforest: the highly fragrant Lantana, the vanilla-scented Duranta, the giant ragwort Telanthophora with its huge yellow flowers, the Malvaviscus mallow, the white arali Oreopanax, and the Mexico Otatea bamboo with its fine weeping foliage.
Here you can also find the Montezuma pine, the sacred pine of the last Aztec emperor, Montezuma, beaten by Cortez and his conquistadores.

Native to Mexico, the great nolina of the Domaine du Rayol date back to the early 20th century. They were planted by Alfred Courmes, the first owner of the Domaine. They are well adapted to dry climates and have a luxurious, dramatic appearance. Some spontaneously reseed themselves in the garden. At five metres tall, these trees are covered with cork bark just like the cork oak, which protects them against fire.
A nolinaie, an extraordinary forest of nolina, is emerging in the heart of the garden…