Accueil The garden Landscapes through the garden The South African Garden 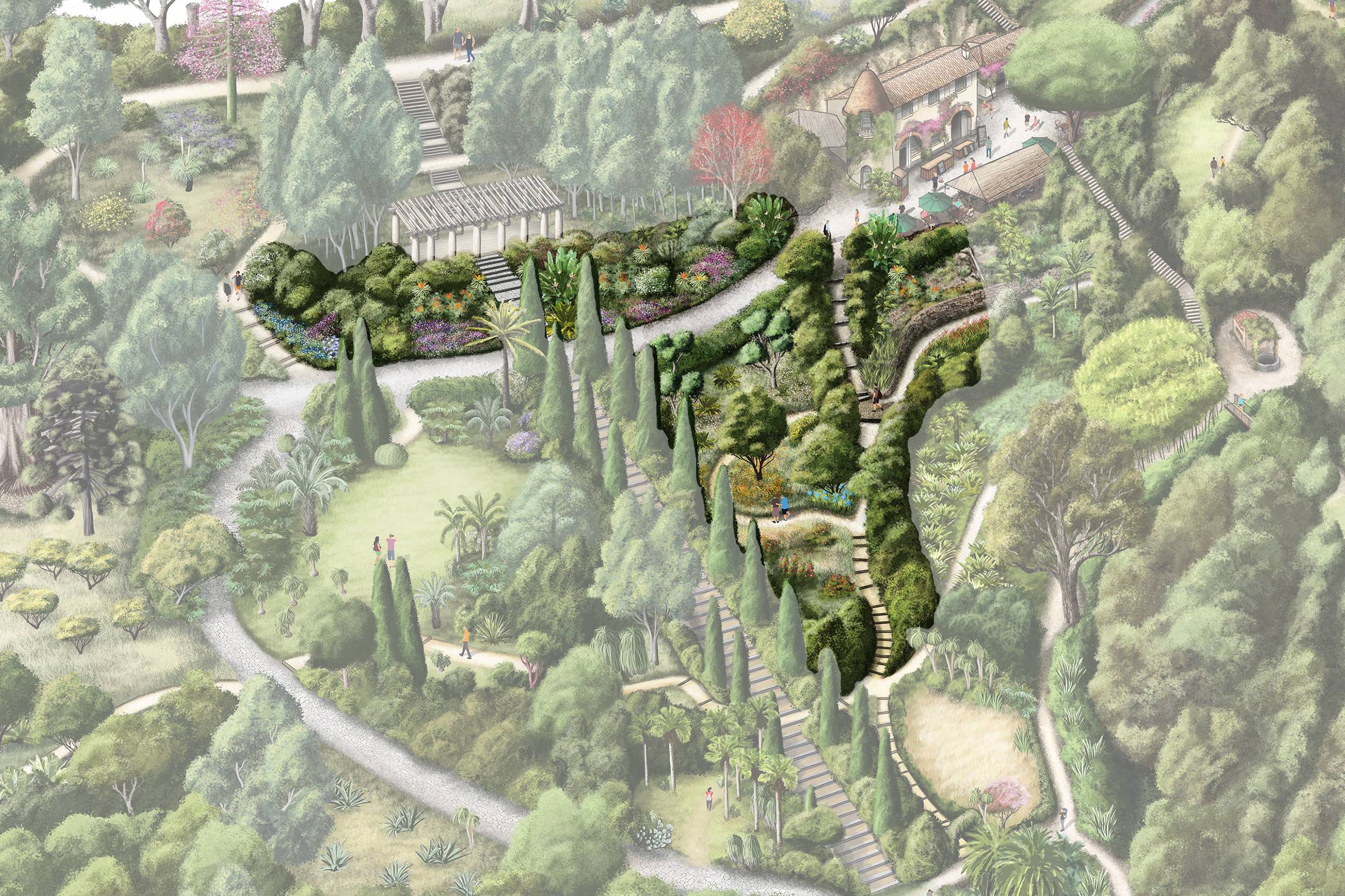 Similar to the maquis of the Mediterranean regions, the Fynbos is one of the plant formations found in the South African landscape.

Fynbos vegetation rarely grows higher than 3 to 4 m, taking root in quartz sand soils. These soils are therefore low in organic matter. The characteristic plants are, for the most part, shrubs belonging to the family of plants containing the Proteaceae, Ericaceae (heathers) and Restionaceae (which resemble the rushes of the Mediterranean regions). The herbaceous stratum is dominated by bulbous and rhizome plants such as irises, Watsonias, lilies and amaryllis.

Proteaceae in the South African Garden

The Proteaceae plant family grows mainly in the southern hemisphere.

Struck by the polymorphism of these plants, the botanist Carl von Linné named them Protea in homage to the Greek god Proteus, who could metamorphose at will.
Moreover, Protea are typical plants of the South African Fynbos. The King Protea, Protea cynaroides, even became the symbol on the South African flag.

Fires in the Fynbos

It is important to know that fires frequently break out in the Fynbos. Many species have adapted to these fires – some even have woody fruits that only release their seeds when exposed to fire.
Protea are pollinated mainly by birds called souimangas, and to a lesser extent by various beetles and rodents.