Accueil The garden Landscapes through the garden The Mediterranean Gardens 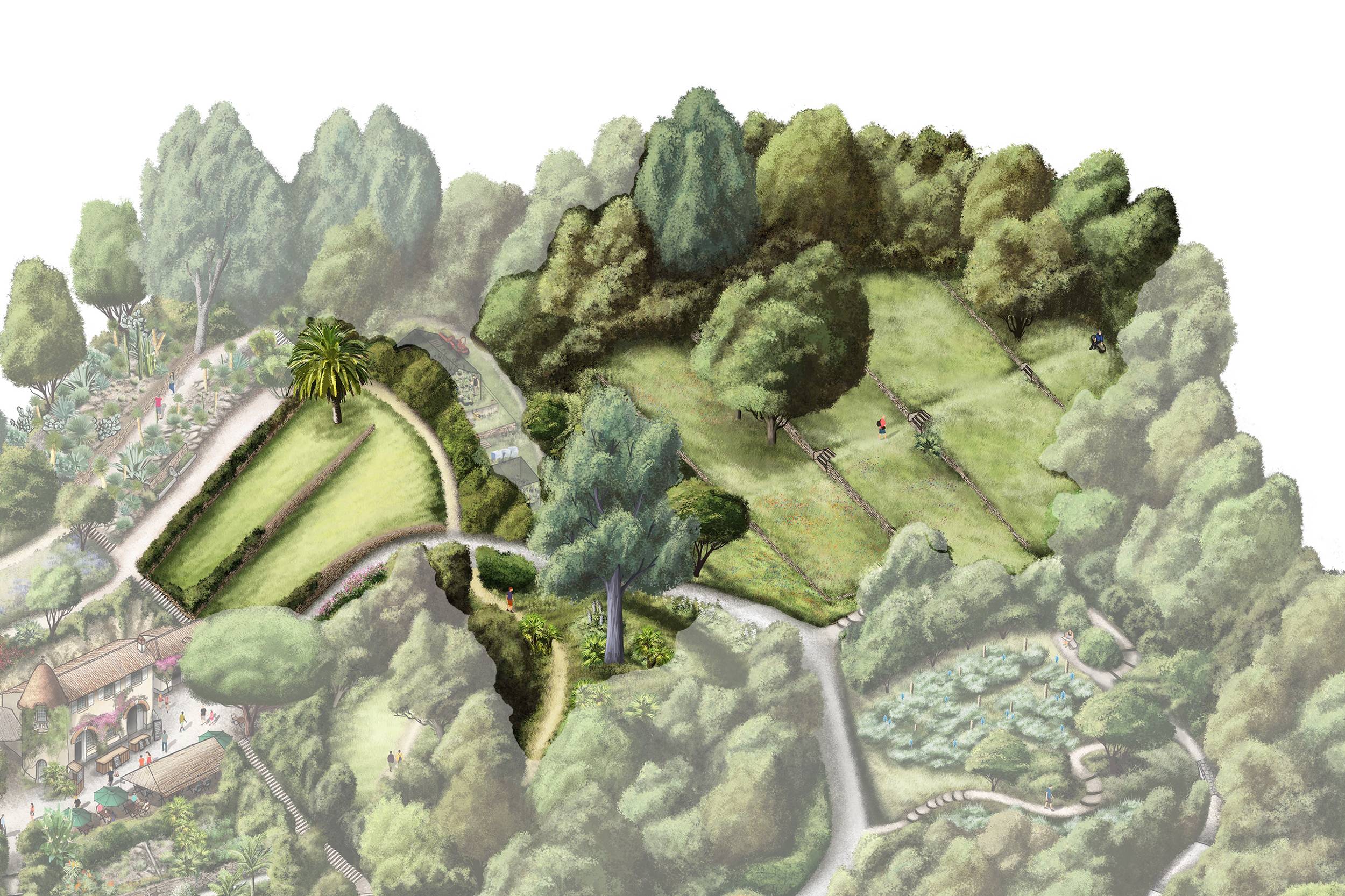 he Mediterranean phytochorion is home to between 25,000 and 30,000 plant species, representing 8% of the world’s higher plants. The rate of endemism is around 44%, and it is therefore considered one of the most diverse places in the world.

The Mediterranean region as a whole is one of the largest areas of biodiversity, with 2 million km2 spread over almost 3,000 km from east to west and 1,500 km from north to south. This geographical region covers a massive area: Morocco (except for the far south), (northern) Algeria, the Iberian Peninsula (except for the north), France (the far south), Italy (except for the north), the coastal zones of former Yugoslavia, (eastern and northern) Tunisia, the coastal zones of Libya and Egypt, Greece, (western and southern) Turkey, Cyprus and the Levant (northern and western Syria, Lebanon and northern Israel).
The Mediterranean Sea has jagged and irregular coastlines with high mountains in direct proximity to the sea and a large number of islands. The Mediterranean phytochorion forms a buffer zone between Europe, Africa and the Middle East. The particularly turbulent geological history and the strong climatic variations since the end of the Tertiary period, 2.6 million years ago, are key historical factors. These elements have allowed for a high level of adaptive radiation and endemism.

As a result, the vegetation is very diverse:

The following species can be found at the Domaine du Rayol: