Accueil The garden Landscapes through the garden The Marine Garden 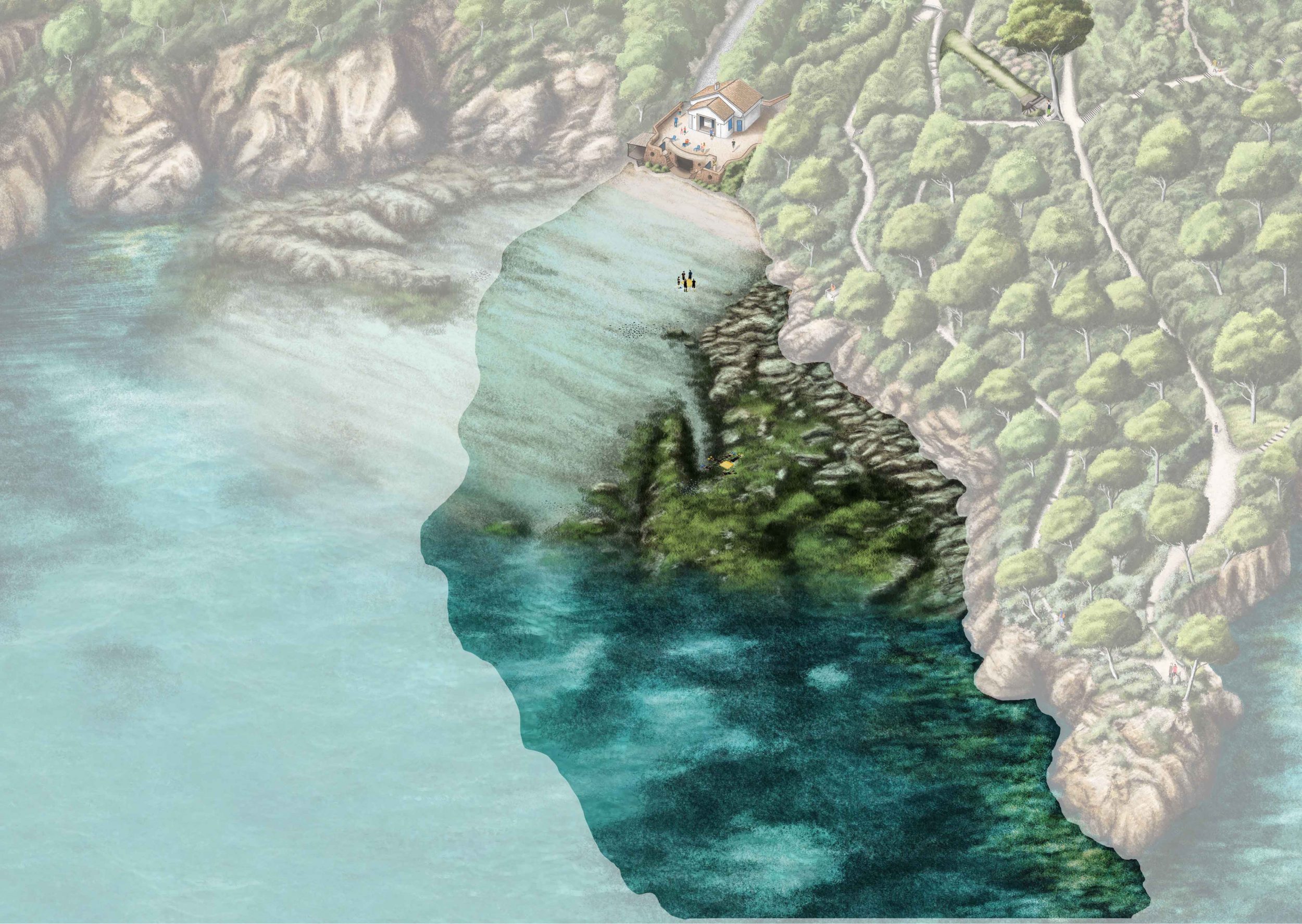 he Gardens are also seafaring! In fact, the sea is the last landscape of the Domaine du Rayol.

Here in the marine garden, unlike the terrestrial gardens, the gardener does not intervene. However, the marine trail guides use the same vocabulary to talk about this landscape: the Neptune grass meadow, the conger eel cave, the sea urchin beds, the mother-of-pearl passage, and so on and so forth.

Several different biotopes are to be found in the marine garden:

Foreshore detritus is present all year round on our beaches.
For the most part made up of Neptune grass leaves and a multitude of natural debris such as driftwood, seaweed and shells, it traps sand and can form banks. These banks, a combination of foreshore detritus and sand, serve as a natural defence against the onslaught of the waves in winter. They protect beaches from erosion and retain sand, thus enriching the beach and allowing pioneer plants to settle in.

Other functions of foreshore detritus

Foreshore detritus also serves as a larder and refuge for a large number of detrivorous animals, constituting the basis of a food chain. Arthropods, crustaceans, birds and mammals come here to feed.
Foreshore detritus is often accompanied by waste of anthropogenic origin – plastic, polystyrene and glass – mainly transported by water courses, but also by the sea or just dropped. In order to keep beaches ‘clean’, the temptation is to clean them mechanically. However, this is a loss of biodiversity and facilitates erosion. It is preferable to clean up beaches manually, which a number of local authorities in the Var département are already doing. As such, the ecological potential of the foreshore detritus is preserved.

For an in-depth exploration of the marine garden: