Accueil The garden Landscapes through the garden The maquis 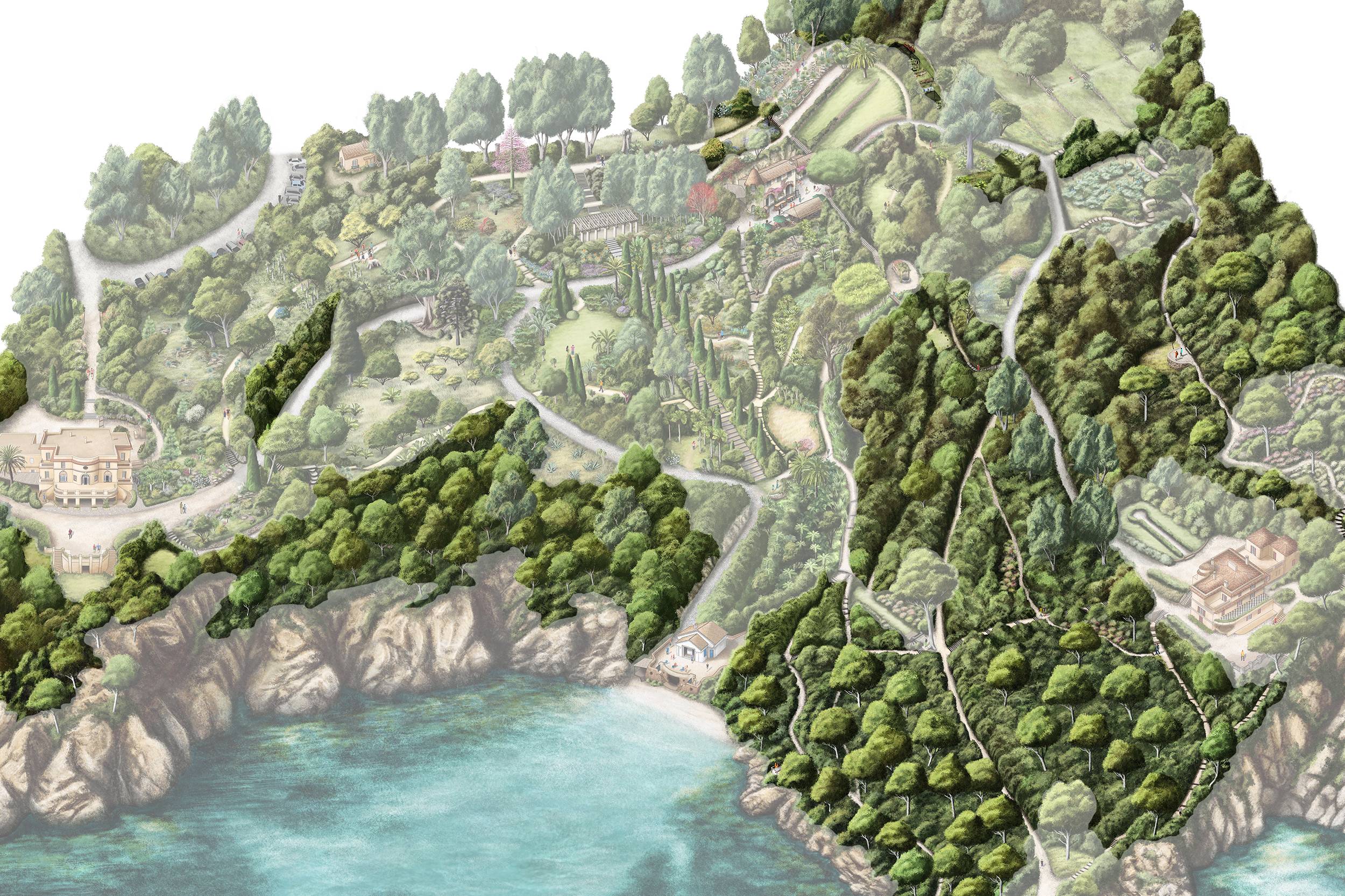 The vegetation consists of mainly evergreen plants which are resistant to drought and adapted to the periodic passage of fire and grazing by herbivores.
The mild winters allow for growth in autumn and spring, the best times of the year to observe flowering. The small leaves are tough, thorny or downy, and often aromatic. As soon as it gets hot, they release a pleasant fragrance of essential oils and resins.

The capacity to adapt to fire

The capacity to adapt to fire is an essential characteristic of the maquis. It has been acquired since the end of the Tertiary period, 2.6 million years ago and can be found in the four other Mediterranean climates of the world, particularly in the South African Fynbos and the Australian Mallee.
There is no climax here – it’s a dynamic equilibrium in which the passage of fire and the cycles of drought intervene. This disturbed 20th century foresters, who erroneously believed the maquis to be degraded vegetation from a mythical ‘primary’ holm oak forest. A maquis more than a century old is not in a state of equilibrium moving towards a climax. On the contrary, it is unstable and has become vulnerable to drought – it awaits fire…

Plants of the maquis

03. The maquis with Lavandula stoechas